NATIONAL MUSEUM OF IRAN; GATE TO THE PREHISTORY

NATIONAL MUSEUM OF IRAN; GATE TO THE PREHISTORY

The National Museum of Iran based in Tehran, aging more than 70 years, is the combination of two museums, the old Muze-ye Irân-e Bâstân (“Archaeological Museum of Iran”, a break, Sasanian revival building), and the modernistic white travertine National Arts Museum (“Mūze-i Honar-i Millī”), inaugurated in 1972. National Museum of Iran is not only the largest museum of History and Archaeology of the country, but ranks as one of the few most prestigious museums of the world in regard to grand volume, diversity and quality of its huge monuments. In the Iranian museum tradition it is considered Iran’s mother museum, aiming at preserving relics of the past to hand down to the next generations, enhancing better understanding among world peoples and nations, discovering and showing Iranian’s roles in shaping world culture and civilization and trying to enhance public knowledge.

a very must-visit place for all types of tastes. you can see the most ancient stuff since Palaeolithic up to Islamic time. gripping models of ancient Shush, first simple houses and even early humans. strongly recommended. Saeedeh A | Tripadvisor 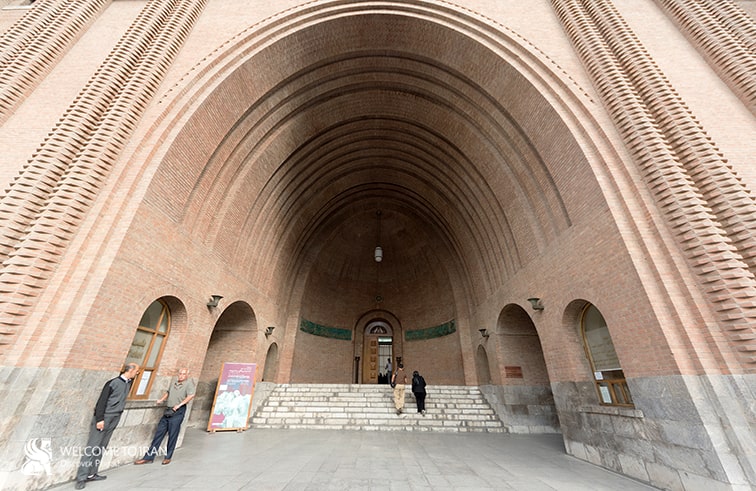 Architecture of National Museum of Iran

National Museum of Iran consists of two buildings, built one after each other. The first building of the Museum of Ancient Iran with the impressive arch-shaped entrance is a creation of French architects André Godard and Maxime Siroux. The project draws inspiration from Sassanian architecture, uses red bricks and takes an area of 11 000 sq.m. The construction started in 1935, and the museum started operation in 1937. The building of the Museum of Islamic Era, on the other hand, has a modern design, using white travertine and dark colonnades, decorating the entrance. This exposition started working after Islamic Revolution in 1979. 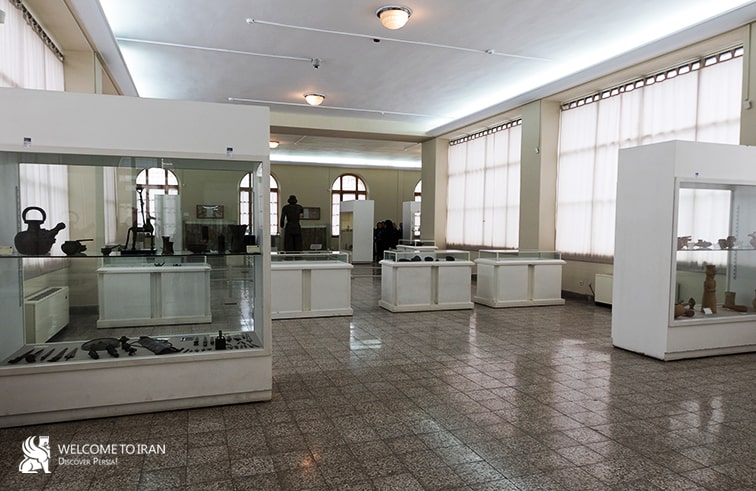 National Museum of Iran is the first choice of travelers, who have interest in archeology and history, and the main museum of Tehran. The exposition of the museum covers the history of Iran from Paleolithic to Qajar period. Thus visitors of the museum can follow up the whole history of Iran – from Stone Age to the 20th century. Due to the location in the center of old part of Tehran, it is easy to include the museum to a daily Tehran tour. 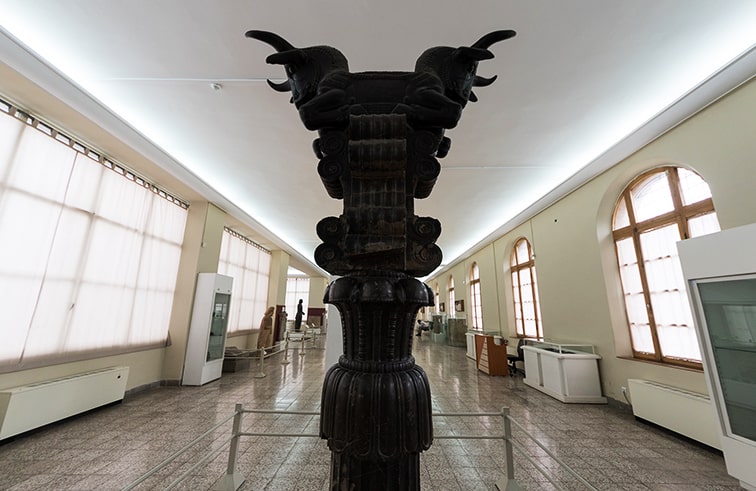 Exposition of National Museum of Iran

Museum of Ancient Iran has a focus on archaeological artifacts and presents the wide range of ancient relics. Accordingly, artifacts come from Shush, Rey, Ismailabad, Persepolis, Turang Tappeh and other places, where pieces of evidence of ancient civilizations were found. The collection includes stone tools, which belong to Stone Age and are more than 30 000 years old. Also here visitors can observe a copy of Babylonian Code of Hammurabi – the world’s first legislation. Probably the most shocking and exciting item of the exhibition – Salt Man from Zanjan. It is a salt-cured mummy, found in a salt mine of Chehrabad. Moreover, there are statues, manuscripts, pottery and other items on the display. Museum of Islamic Era presents pottery, textile, artworks, texts and calligraphy from the post-classical period of Iran’s history. The newest exhibits belong to Qajar Era. 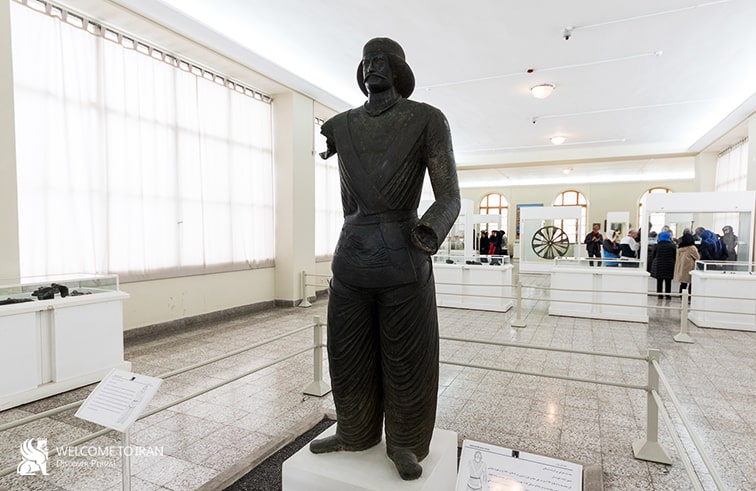 Location of National Museum of Iran

National Museum of Iran is located between Imam Khomeini and Hassan Abad metro stations of the dark blue line. It is the very center of Tehran, where you will find the most popular tourist attractions. In the walking distance from the museum there are City Park and Tehran Peace Museum, Moghadam Museum, Sardar-e Bagh-e Melli, National Jewelry Museum and Golestan Palace. This neighborhood is interesting because of its architecture and is a part of old city. 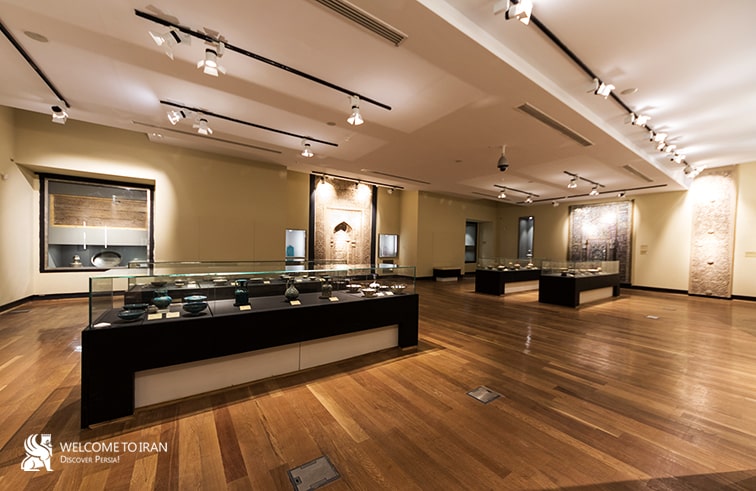