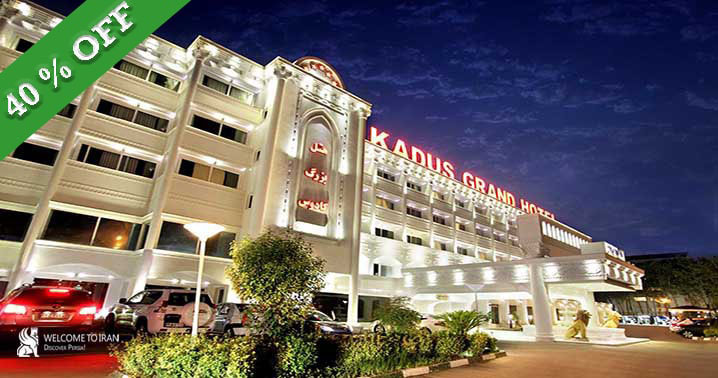 Gilan Kadus Grand Hotel of Rasht Despite being established as early as 1983, Kadus Grand Hotel is undoubtedly the most charming hotel in Gilan and it is located in the best district of Rasht. The one of a kind architecture of this hotel has made it one of the attractions to the city of Rasht; nonetheless, in order to maintain comfort for the guests, it was renovated and repaired in 2012, keeping its special architectural features. As previously mentioned, Kadus Grand Hotel has got a very good location, and being situated in the city center makes it easy to have access to the airport and to the historical and recreational sites. The hotel is also in close proximity to other tourist cities in the north such as Astara, Bandar-e Anzali, Lahijan, Zibakenar, etc. and the travelers can easily go to and comeback from these other places.