Amir Chakhmaq Complex is including the bazaar, the mosque, the cistern and a tomb, which is usually referred as the symbol of Yazd. Since this Square has always been a gathering place for various ceremonies during history, it is also called the epic square.The date of the Amir Chakhmaq Square returns to the 9th century AH and Timurian time. The square was built by Amir Jalal od-Din Chakhmaq; one of the commanders of Shahrokh Timury with the help of his wife; Seti Fatemeh Khatoon. During the Safavid period, some parts changed and in the early thirteenth century a hussainiyah (A building like mosque) was created instead of the bazaar main entrance. Until the Pahlavi era, people buried their dead in square, but Reza Khan prevented from doing and returned the square to its previous conditions. In the following, we will explain the various sections of this monument. 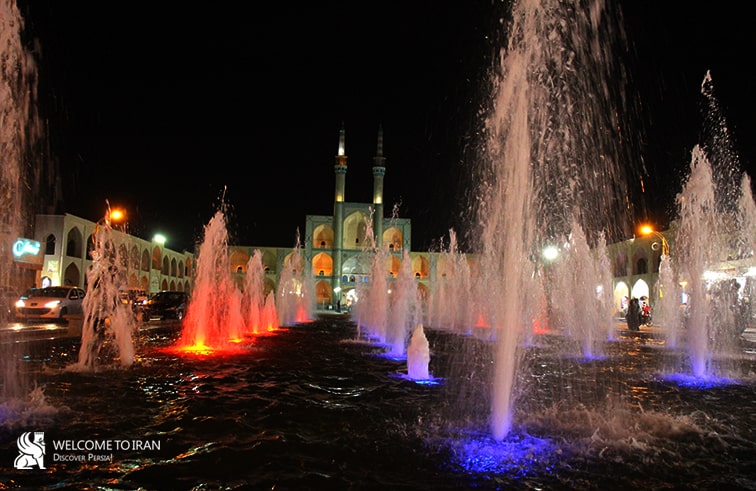 Amir Chakhmaq mosque, or Dohuk mosque, is the oldest part of Amir Chakhmaq Square, located on its southern side. The mosque has two entrances, one of which is adjacent alley and the other is from the tomb of Siti Fatima. The mosque has two summer and winter seraglio, which is located a windcatcher in summer seraglio for air conditioning. Access to the winter seraglio is possible from both entrances and its light is provided by marble. The ceiling of the mosque is made of arches. In the decoration of the mosque have been used calligraphy on the inscription, tiles, Muqarnas and Eslimi pattern. 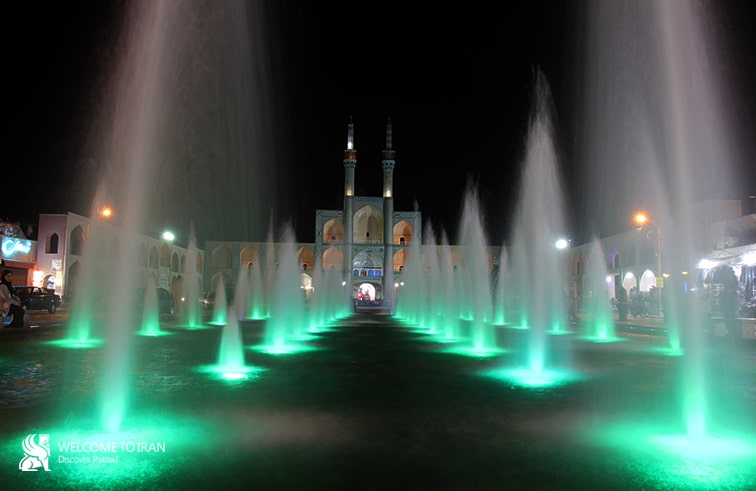 This bazaar was created by Nezam al-Din Haji Qanbar, the governor of Yazd in the 9th century. It was divided into two parts due to construction in the Pahlavi era, and some parts of it were destroyed. However its northern parts are so active and there are shops like confectionary, Jewelry, fabric store and carpets wholesale that have remained since the nineteenth century. In the thirteenth century, the entrance of the glory was created for the bazaar which is said “Tekyeh “. Tekyeh is a public place in the bazaar with series of booths used for watching mourning ceremonies. The governor watched the ceremonies in the Shah’s house and women in other booths. Amir Chakhmaq Tekyeh contains 8 rows of 2 floors and 3 rows of 3 floors in middle which is higher than other booths and it is decorated with two minarets and beautiful tiles. In the past, the Moazzam were rise to the top of the minarets and said Azan. 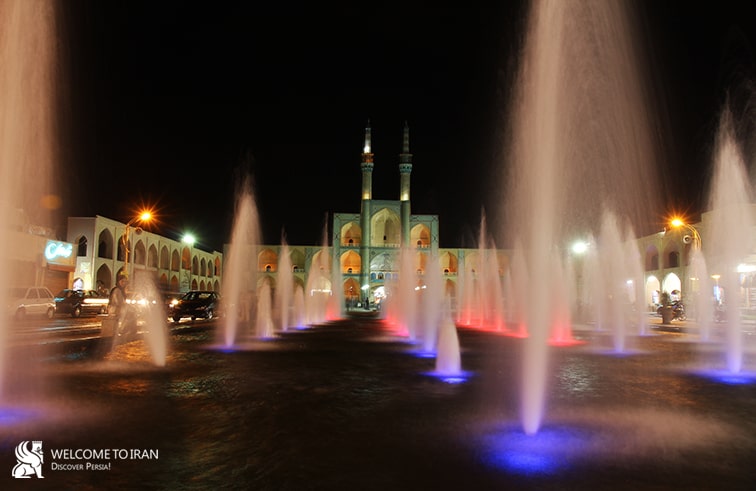 Sati Fatima’s Tomb is located in the north of the square and people have a special respect for him. This tomb consist of a room and dome covered with green tiles. The inner covering is made up of plaster and the Moa’raq tiles shine in Muqarnas.