Niavaran Palace Complex is located in the northern part of Tehran, a building that once belonged to the royal family of Qajar, in 9000 square meters area. It consists of several buildings and a museum. The Sahebqaraniyeh Palace from the time of Nasir al-Din Shah of Qajar dynasty is also inside this complex. The beauty of the place and it’s whole energy is mesmerizing; Specially approaching spring time, you could see and feel the growth of life in the environment.

The complex traces its origin to a garden in the region of Niavaran, which was used as a summer residence by Fath-Ali Shah (1772-1834) of the Qajar Dynasty. A pavilion was built in the garden by the order of Naser ed Din Shah (1831-1896) of the same dynasty, which was initially referred to as Niavaran, and was later renamed Saheb Qaranie. The pavilion of Ahmad Shah Qajar(1898-1930) was built in the late Qajar period.

During the reign of the Pahlavi Dynasty, a new mansion named Niavaran was built for the imperial family of Mohammad Reza Shah (1919-1980). All of the peripheral buildings of the Saheb Qaranie, with the exception of the Ahmad Shahi Pavilion, were demolished, and the present-day structures were built to the north of the Saheb Qaranie. The Ahmad Shahi Pavilion was then used as an exhibition centre for presents from world leaders to the Iranian imperial monarchs. 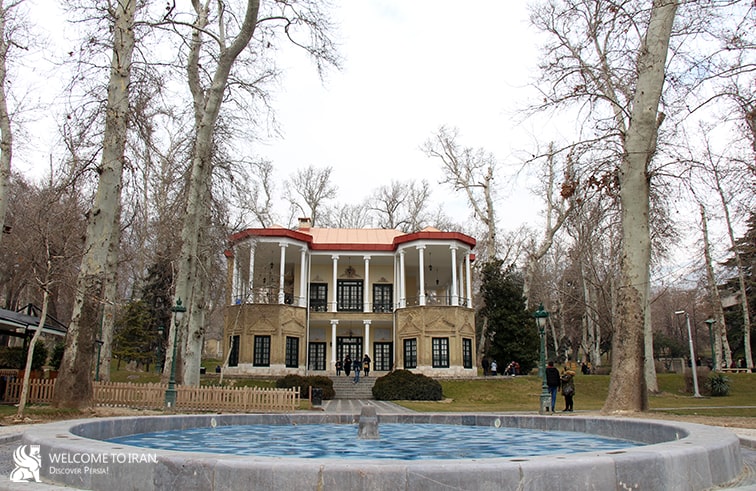 The quadrilateral design of the Niavaran palace and its interior archeological designing is inspired by Iranian archaeology while making use of modern technology. Its decorations have also been inspired by the pre and post Islamic art. The gypsum work has been carried out by Master Abdollahi, the mirror work by Master Ali Asghar, the tile work of the outer part by master Ibrahim Kazempour and Ilia. The building floor is covered by black stone and has an aluminum sliding roof. The internal decoration and furniture of Niavaran palace have been designed and implemented by a French group. In the ground floor of this building there is a great hall in which all the rooms are situated, including a private cinema, dining room, guest room, waiting room and lateral halls as well as the Blue Hall.

In the half floor of this building, the office, conference room, Farah Diba’s secretary’s room, Leila’s bedroom and her retainer’s room. In the stairways there is a room where Mohammad-Reza’s military uniforms and official suits and his medals are kept. In the third floor, Pahlavi’s resting place and his children’s and their retainer’s rooms are situated. These places are all decorated with precious paintings, carpets and gifts received from different countries.

This is the oldest palace in the compound built at the time of Naser al-Din Shah. He also constructed 40-50 buildings for his wives at the same compound. Later, Mozaffar al-DinShah, his son, stayed  there and made some changes to this building and demolished the harem buildings.

Under 2nd Pahlavy dynasty, this palace went through some more changes and the lower floor was redecorated as a floor for receiving guests and the second floor as Mohammad Reza Shah’s office. 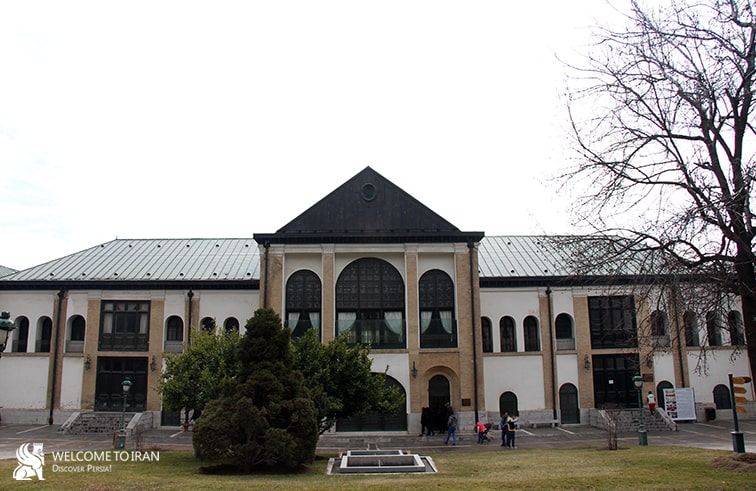 This palace, compered to Sahebqaranieh, looks modern although it started with an Iranian plan. It was originally planned to be a reception hall for royal family’s guests and VIPs, but during the construction the use of the building was changed to the residence of Mohammad Reza Shah and his family. It was used until the latest moments of Shah’s stay in Iran. 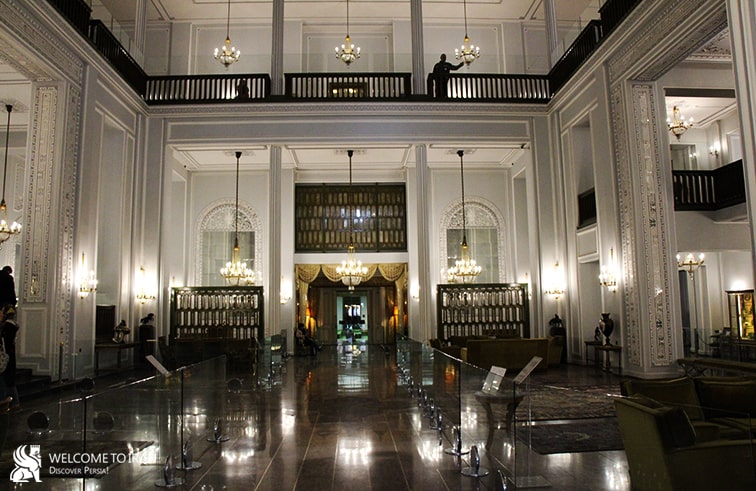 Originally, this building was constructed during the end of Qajar era to be the sleeping mansion of Ahmad Shah during summer time. Later, under Pahlavies, some annexations  and alterations occurred and it was refurbished as the residence and office or Reza Pahlavy, the crown prince.

By word, the name of this museum implies the museum where the world is presented. Toward the end of Pahlavy dynasty in Iran, late 1970s, this building was to showcase historic objects or artistic works from all over the world. Some exclusive and unique pieces are on display at this museum on the western side of Sahebqaranieh palace.

Some of those items were presented to Pahlavy Royal family and some had been purchased by them. They include ancient items and contemporary ones from inside and outside Iran. 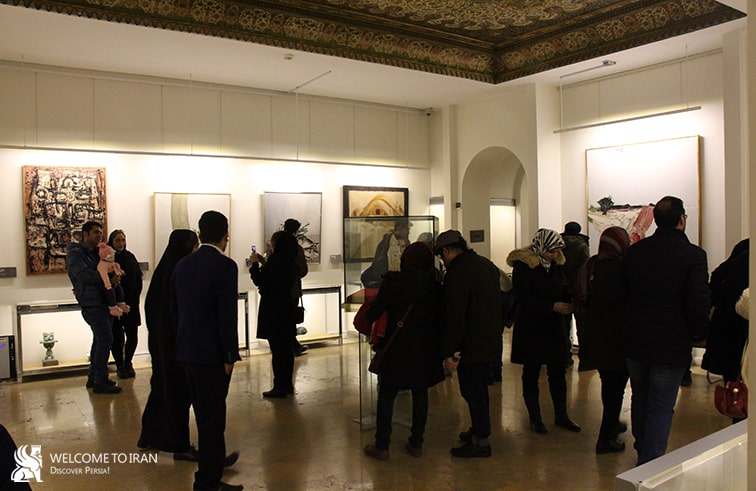 This building is located at the north east of the Niavaran Compound is a secluded and quiet spot close to the residence of Pahlavy family. The structure consists of two floors as well as a basement. It has been built to be used as a private library. Therefore, it is not supposed to have been following library standards.

There is a piano and some audio devices found at this museum indicating it has been used for playing some music as well. There are some arts and old books from Iranian authors and foreign ones altogether making 23,000 volumes of books. 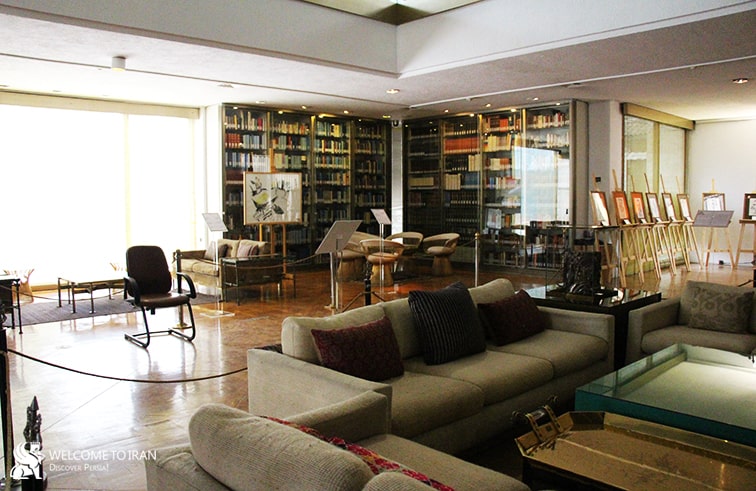 This building was intended to be used for receiving royal court’s guests. It was built at the northern part of Niavaran palace compound. As royal clothes and fabrics found in the museum were of artistic values, it was decided to allocate this building to a museum of these items. 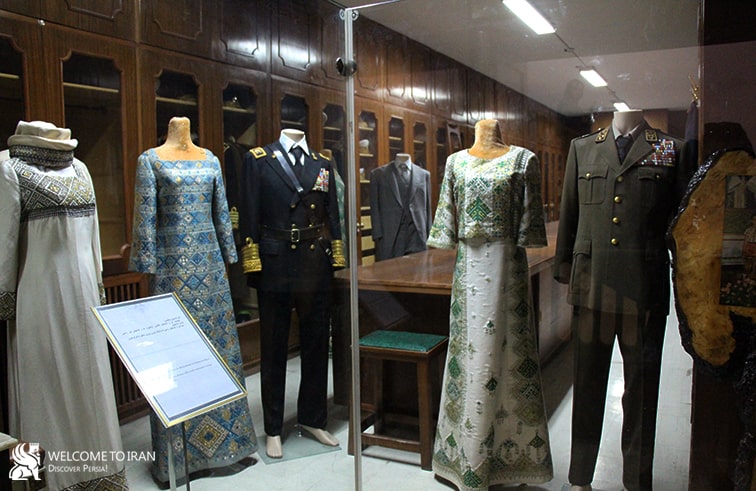 The building, which accommodates Pahlavy family’s vehicles and their children’s motorcycles, used to be the parking building for them. Today, after some redecoration and renovation, those vehicles as well as some vehicle models are on display for the visitors who would like to learn more about the lifestyle of Pahlavy family. 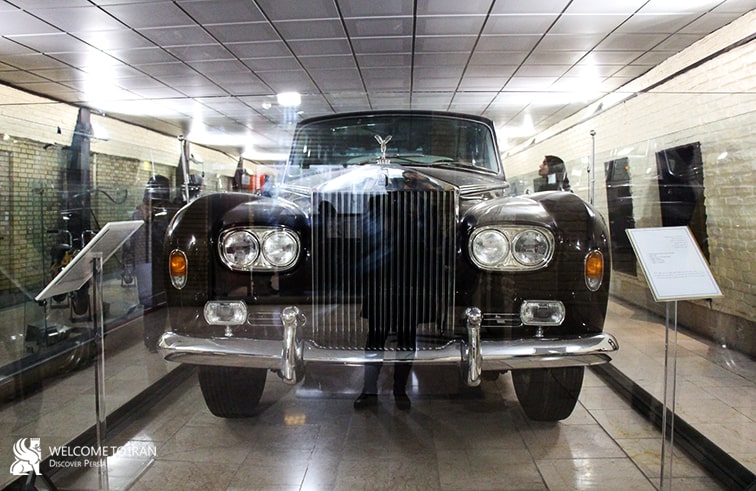 This permanent exhibition has been inaugurated to display the copies of 43 rock relieves of Medes, Parthians and Sassanians in various ancient scripts. The copies are on display inside a garden at the eastern side of Niavaran palace compound.